The First Harvest demo is out now!

When the Stars Come Down on Us » Devlog
2 years ago by Nine Inch Tails (@nightfallisland)
Share this post: 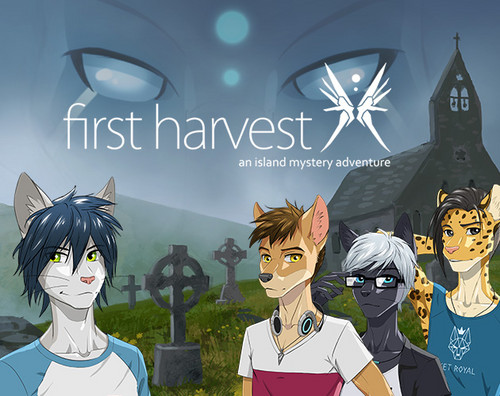 I'm excited to announce that the demo of First Harvest - an island mystery adventure has finally been released. By the time I'm typing this the inevitable day one patch is already included, so everything should work just fine. Getting things ready for public spotlight took quite a bit longer than expected, so first of all thanks to all of you for staying patient.

So why the delay? The main reason would be, after presenting an early prototype in summer at Eurofurence, I decided not only to smooth out a couple of remaining hickups in the game's scripting, but started reworking quite a number of features, some already based on feedback I got for the first build. This way I can now present a version of the game that is much closer in quality to what you can expect from the full game.

Those of you who already played the first demo at EF might notice quite some differences compared to the former build. This includes additional graphics, more expressions for the characters, cleaner animations, a new opening sequence, the integration of music and sound effects, as well as an overhauled user interface along with a redesigned title and a couple of new tutorials to explain the main gameplay elements in a clearer manner. I also added some more lines of dialogue to make transitions smoother.

For the other reason there were some staff fluctuations (or reductions, to be perfectly honest) that I don't need to go into detail about here. Suffice to say it forced me to slow down for a while and figure out the best course for how to proceed further. I'm still fully dedicated to seeing the game to completion nonetheless, so although progress might slow down for a while until things function as usual, there's no need to worry about (dis-)continuation of the project anytime soon. :3

For those of you who have shown interest in supporting development, I'm going to delay the launch of the game's Patreon for a little while longer, until I have fully worked things out. I'll keep you updated, as soon as it goes live.

For now I'm looking forward to your feedback and hope you enjoy the demo.

You can download it below or on the main page of the game.

If you want to give feedback or issue a bug report, I have created a Discord group here:

Thanks again for your support, keep on rocking!

P.S.: I've decided to discontinue the game's newsletter due to security concerns. If you want to stay updated, please follow me on Twitter or check by here from time to time.

Get When the Stars Come Down on Us

When the Stars Come Down on Us